Researchers from the RADAR-CNS project have used data from smartphones and wearables to investigate the association between time spent at home and the severity of symptoms in people with major depressive disorder (MDD).

The researchers collected data from 164 participants with MDD who were recruited for the RADAR-CNS project—a collaboration co-led by the King’s College London Institute of Psychiatry, Psychology & Neuroscience (IoPPN). Using geolocation data obtained from smartphones and wearables, the researchers were able to determine the amount of time each participant spent at home.

The association between time spent at home and symptom severity was stronger on weekdays than on weekends.

The study indicates that geolocation data obtained from smartphones and wearables could provide clinically relevant information to improve remote monitoring of an individual’s mental well-being.

“Our findings showed that age and whether a person is employed influence the strength of the association between the severity of MDD symptoms and home stay. This insight is of great importance for the interpretation of similar studies that were conducted in the past or will be planned in the future to ensure we consider the different factors at play in the relationship between time spent at home and depression.

“Future work will investigate whether changes in home stay can be used to predict relapses in MDD, which could ultimately provide an important approach to monitor severity of symptoms in a continuous and informative way,” noted Dr. Petroula Laiou, the study’s joint first author from the IoPPN. 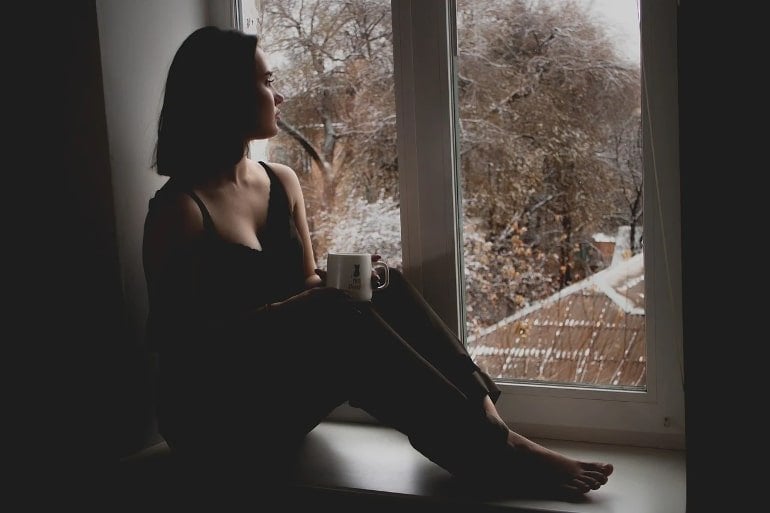 The findings showed that those who spent more time at home within the 2-week study period reported more severe symptoms of depression. Image is in the public domain

RADAR-CNS is jointly led by Professor Matthew Hotopf, Vice Dean of Research at the IoPPN, and Vaibhav Narayan, Vice President of Research Technology at Janssen Pharmaceutica NV. The project brings together clinicians, researchers, engineers, computer scientists, and bioinformaticians from all over the world to investigate how wearable technologies and smartphones can help track and prevent symptoms of depression, epilepsy, and multiple sclerosis.

More than 264 million people suffer from depression around the world and the condition is commonly associated with other physical or psychological conditions, loss of employment, low quality of life, and suicide. Symptoms of MDD can fluctuate and the current evaluation of their severity relies heavily upon the information a patient provides during meetings with clinicians.

Advances in digital technologies are allowing researchers and clinicians to obtain continuous data about an individual’s daily activity and physical condition, which may be able to predict an individual’s well-being and enable timely and effective treatments.