Why evangelicals might vote for Roy Moore anywayseptember 21 love life

Why evangelicals might vote for Roy Moore anywayseptember 21 love lifeConservative Christians have developed a particular intellectual strategy for engaging with others called “presuppositionalism.” 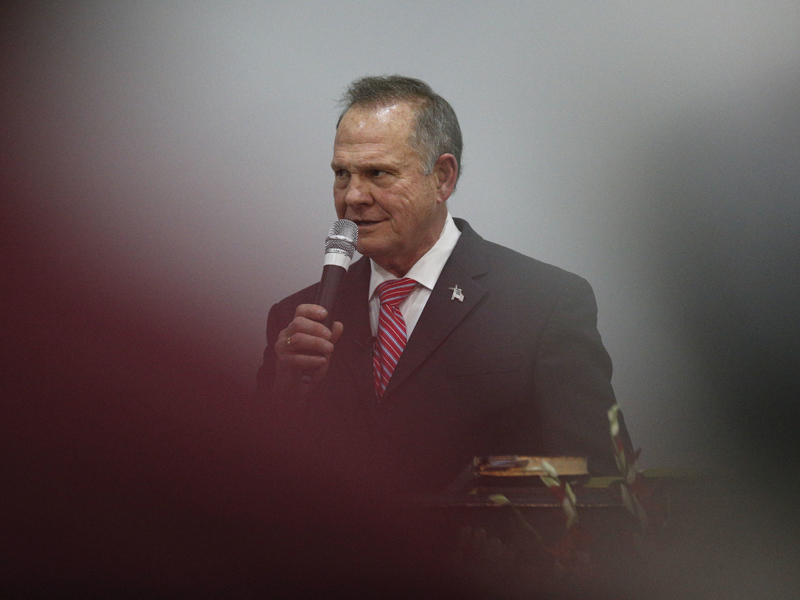 (RNS) — To many onlookers, evangelical support for Roy Moore is simply a matter of politics.

The U.S. Senate candidate, accused of making unwanted sexual advances to nine women when they were teens and he was in his 30s, is seen by many evangelicals — who are overwhelmingly Republican — as one of them.

“He is nothing but a godly man trying to make this country come to its senses because of liberals and the other side of the fence trying to protect their evil ways,” an evangelical supporter of Moore recently told a reporter at Jackson, Ala.’s Walker Springs Road Baptist Church.

But political experts, historians and religion scholars say there are deeper explanations for why the former judge appears poised to become the next senator from heavily Republican Alabama during Dec. 12’s special election. Yes, politics is a big part of it, but so too is a particular way evangelicals engage with the world around them.

Conservative Christians, said Molly Worthen, a historian of American religion at the University of North Carolina at Chapel Hill, have developed an intellectual strategy for engaging with the public called “presuppositionalism.”

It holds that evangelicals should examine other people’s underlying suppositions before debating them. If those people or groups don’t adhere to the right worldview — one that accepts the Bible as the inerrant word of God — they should not be trusted.

The argument, said Worthen, goes like this: “When secular liberals say that the public square can be this neutral space, fair to all metaphysical beliefs, that’s a lie, because folded into that it is a secular humanist worldview, a set of anti-Christian presuppositions that are now being foisted onto our public square. You, as conservative evangelicals, need to fight that, and you need to be savvy when they try to pull one over on you.”

Worthen credits Francis Schaeffer (1912-1984), the widely influential evangelical theologian, best known for his crusading opposition to abortion, as the architect of this way of thinking.

The Washington Post — which broke the story about four women who allegedly had sexual encounters with Moore while in their teens —  is deeply distrusted by many evangelicals, who see it a secular media outlet with a liberal bias — one of many.

President Donald Trump, in his rush to label any news coverage unsympathetic to his administration and his performance as “fake news” has unwittingly tapped into this long tradition of evangelical intellectual resistance, she said. Evangelicals distrusted the media long before it became politically expedient to do so.

That evangelical tradition of resistance to a secular way of thinking has become part and parcel of Alabama’s culture, said Jason Roberts, a professor of political science at the University of North Carolina at Chapel Hill.

For that reason, Roberts said, blowback from Washington political leaders such as Republican Majority Leader Mitch McConnell, who said Moore should “step aside,” is unlikely to affect the campaign.

Alabama evangelicals admire Roy Moore and not only for refusing to remove a Ten Commandments monument from the Alabama Judicial Building in Montgomery, which houses the state Supreme Court. Moore has been a dogged champion of greater religious freedom for evangelicals. He is a staunch opponent of abortion and same-sex marriage and talks of privileging Christianity as the country’s preeminent religion — all positions favored by conservative evangelicals around the country.

There are many vocal critics of Moore, including Russell Moore (no relation), the chief ethicist for the Southern Baptist Convention; Ed Stetzer, executive director of the Billy Graham Center, at Wheaton College; and several prominent evangelical women such as Kay Warren, Beth Moore and Nancy French.

But in the main, evangelical voters in Alabama are expected to support Moore.

“For these evangelicals politics serves a purpose,” said John Fea, professor of American history at Messiah College. “It’s a means toward a more moral end: reclaiming American as a Christian country, end Roe vs. Wade and gay marriage, go back to a Christian golden age.”

That’s not to say Moore is invincible.

Even in Alabama, where half the residents consider themselves evangelical Christians — double the national average, according to a Pew Research study — Moore has struggled to win hearts and minds in past elections. In 2006 and 2010, he lost the Republican primary in the race for governor of Alabama.

Instead, some evangelicals will sit out the election. There’s no other consequential issue on the ballot, so it may be easier for some to stay home, said Roberts.

Those evangelicals who do go to the polls will likely vote for Moore.

“When (people) face really tough choices, the tie-breaker will be partisanship,” said John C. Green, political science professor and director of the Bliss Institute of Applied Politics at the University of Akron.

“Sometimes that’s just instinctive. It can also be cognitive. They’ll say, ‘Jones is a better candidate, but he’ll go to Washington and caucus with the liberals,’ or ‘Moore may be a flawed human being but he’ll be a Republican vote….Their religious values and their political views are strongly linked.”