Mars Enters Cancer on April 23, so Brace Yourself for Two Months of Intensity!scorpio work horoscope 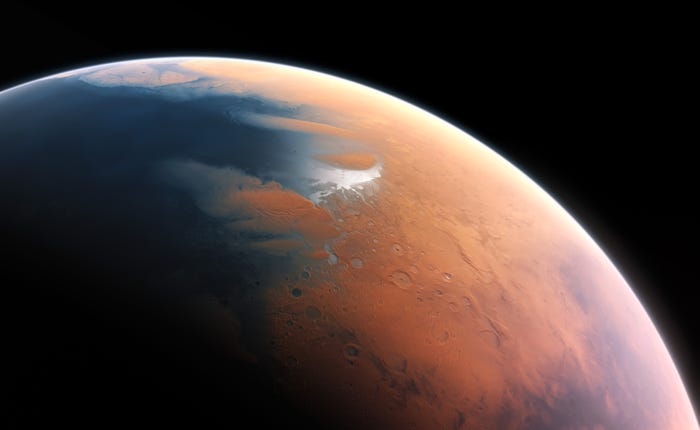 Mars is the god of warand aggression. It’s a planet that fights for desirous sentiments and doesn’tstand for any drama from anyone. On a bad day, Mars can be quite selfish anddemanding, like a child. Unfortunately, temper tantrums are an element of thepassionate planet that always has to get its way. If it doesn’t, then beprepared for the arguments that ensue.

On April 23, the tempestuous planet Mars will enter the zodiac sign Cancer. This transit will last until June 11. Nurturing and sentimental Cancer has a different vibe than Mars, as the Crab is a tender sign. Cancer is Mars’ sign of “fall” because it’s the opposite of its strongest placement, which is Capricorn.

Mars isn’t very happy when in Cancer for many reasons. Firstly, this placement dictates a changeable nature that is aligned with the lunar phases and signs (because the moon is the planetary ruler of Cancer). Traditionally, Mars in Cancer signifies a time of self-protection (being that the Crab resides in a hard shell). This can lead to defensive arguments that begin when feelings are being triggered or when one’s sense of security is threatened.

Mars in Cancer isn’t assassy with words like Mars in Gemini or bold like Mars in Leo. This placementcan be moody and emotionally manipulative, by acting out all the negativeattributes associated with the lunar sign of Cancer. Conversely, Mars in Cancercan be emotionally exploratory and demand us all to be upfront with all of ourfeelings—even if it hurts or is uncomfortable. Similarly, it can force us toboss up in relationships and stop repressing sentiments that need to flow.

Read me: WHAT ARE THE ZODIAC SYMBOLS?

Mars in Cancer will bemaking several aspects to many planets during this transit. Here are someplanetary connections to watch out for:

On May 11, Mars andUranus in Taurus harmonize by a sextile. Their link will give us theopportunity to attain our dreams. Mars will give us the push, while Uranusawakens the parts of ourselves that have been asleep for years. It’s aninspirational and motivational day that has the capacity to change our livesforever.

Earlier in the day onMay 11, the centaur Chiron and Mars will square off. We will be pushed to acton our own impulses and willpower to heal the parts of our lives that need tochange. Even further, we will also want to urge others to augment their actionsand evolve. The only caveat is that this will open old emotional wounds, whichcan hurt. However, the healing process can be cathartic and allow us to deal withour own issues—collectively and personally.

For instance, the lunar eclipse and supermoon in Sagittarius that occurs on May 26 will push us to act in a daring way and fight till the bitter end in confrontational matters. This juxtaposes the nature of Mars during the solar eclipse in Gemini that occurs on June 10, which will be a communicative time of understanding and clarifying situations and relationships on a deeper level. Secondly, when the waxing crescent moon is in Cancer on June 11, it will signify a time of finding out our emotional responses to the Gemini solar eclipse that occurred the day before.

Mars in Cancer & The Outer Planets

Mars galvanizes Neptune in Pisces on May 31 by forming a trine. We may feel a tad stuck and unable to make decisions around this time. Although Mars is wanting us to take action, Neptune is leaving us feeling confused and bewildered as to how we can do so. The upside to this transit is that it will enable and encourage us to get in touch with our spiritual side and boost our creativity. Watch out for moodiness and paranoia then, as Neptune and Mars (who are both in water signs) can leave us feeling emotionally depleted or thirsty for more affection from others.

Mars will oppose Pluto inCapricorn on June 5, making this the most intense day of Mars’ journey throughCancer. Our innate competitiveness and warrior will strike back with full forcewhen feelings of jealousy and irritability arise. Arguments and disagreementswill reach a high, due to the power struggles that exist between ourselves andothers. Proceed with caution around this time. Don’t take the bait and allowyourself to be part of a tense emotional situation. Be wise with who and whatyou give your energy to.

scorpio work horoscopeMars Enters Cancer on April 23, so Brace Yourself for Two Months of Intensity!