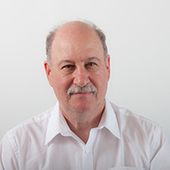 Ken Rotenberg does not work for, consult, own shares in or receive funding from any company or organisation that would benefit from this article, and has disclosed no relevant affiliations beyond their academic appointment.

Keele University provides funding as a member of The Conversation UK.

Details of how the poisoning occurred have not been confirmed – and Abramovich is back in negotiations, but investigative journalism group Bellingcat said the symptoms included “eye and skin inflammation and piercing pain in the eyes,” consistent with chemical poisoning.

It doesn’t augur well for the future of peace talks, which will hinge on the degree of trust that both sides have in each other and in mediators. The issue of good and bad faith and the failure of trust between Russia and Ukraine – and between Russia and Nato members, especially those on Russia’s borders – have been key to the unfolding of this crisis. Being able to rebuild that trust will be crucial for bringing the crisis to an end.

So it’s interesting to consider the part trust and distrust has played in the war and the roles they may have in ending it.

Having been part of the Soviet Union until 1991, Ukraine’s relations with Russia have ebbed and flowed over the years. In 1994, Russia was a signatory to the Budapest Memorandum, which guaranteed Ukraine’s sovereignty and in 1997 the two countries signed the Treaty on Friendship, Cooperation, and Partnership. This reinforced the Budapest Memorandum, in its recognition of the inviolability of existing borders between Ukraine and Russia.

Read more: Ukraine war: what is the Budapest Memorandum and why has Russia’s invasion torn it up?

The treaty expired on March 31, 2019 at Ukraine’s instigation. The two sides were at loggerheads over Russia’s annexation of Crimea in 2014 and the ongoing conflict in the Donbas in eastern Ukraine. Moscow criticised the decision, claiming that Kyiv had itself violated the treaty by building closer ties to the west.

During Russia’s massive troop build-up on Ukraine’s borders through 2021, Putin and his top diplomats continued to insist that Russia did not intend to invade Ukraine. But as we know, in the early hours of February 24, Putin gave the lie to this assurance when he sent his military into Ukraine.

It is with this history of distrust and betrayal that negotiations must proceed. From a psychologist’s perspective, this will be very problematic. Any lasting peace will depend on both sides trusting that the other will abide by the conditions of a settlement. But according to the “social identity” theory of psychology, which holds that people distinguish between in-groups (us) and out-groups (them), this will be difficult as each side will naturally distrust the other.

This can be seen in the statements each side has made about the other. Ukrainians have expressed the view that Putin is a madman or mentally unstable. Russia says Ukrainians persecuted citizens of Russian descent and supported neo-Nazis. It’s easy for supporters of both side to believe this “out-group” labelling and distrust naturally flows from that.

Since Russia annexed Crimea in 2014, psychologists have been trying to work out how to bring these two groups closer together. They have found that rigid national identities tend to undermine the peace process whereas focusing on broader and more inclusive identities such as the commonality of language and history between the two countries are factors that facilitate the peace process. 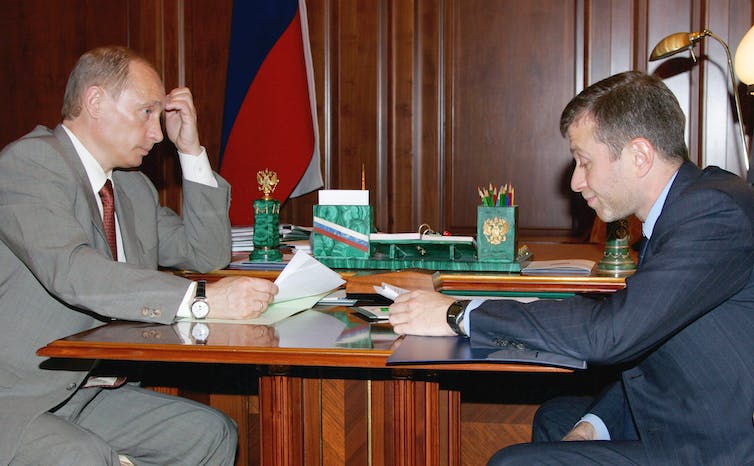 But the continuing violence in the Donbas and the regular breaches of ceasefire agreements have undermined peace talks. For an agreement to be reached, trust must be reciprocal – but distrust tends to be reciprocal too. Distrust also promotes retaliation and in a situation where both sides are launching daily attacks on each other, the mutual distrust is contributing to a spiral of aggression.

Meanwhile people trying to escape war zones need to place their trust in the “human corridors” apparently guaranteed by Russia, which requires a major leap of faith given Russian targeting of refugees. Refugees also need to trust the promises that they’ll be safe away from their homes in either a different part of Ukraine or another country altogether.

Social capital theory views trust as a quality that binds individual members of a community together. But victims of war tend to demonstrate lower social capital than most people. They tend to be less willing to trust others, have lower levels of trust in institutions and are more pessimistic about the honesty and morality of politicians. It has also been found that children exposed to combat during the second world war before they turned six demonstrated lower levels of trust and social engagement when they reached adulthood.

These findings suggest that the trust of future generations of Ukrainians will be adversely affected by the war. Specifically, young children from Ukraine who are exposed to the violence now are likely to hold less trust in others, institutions and politicians when they grow up.

Assuming that Ukraine remains an independent state, how will the people rebuild their country and what relationship will it have with Russia? The distrust created by this war will make it hard, certainly for Ukraine, to agree to some version of then 1997 friendship treaty and the threat of war is likely to continue to loom over both countries. And Putin’s actions have thrown the international system into disarray, which is unlikely to improve any time soon.

But more immediately, distrust between Russia and Ukraine is going to be a big hurdle in the way of a peaceful resolution. We’ve seen the way distrust was a problem in securing peace in Northern Ireland, as well as peace between Israel and its Arab neighbours. Mediation could help – but the success of mediation depends on ensuring that the mediator is trusted by both parties something we saw with the work of John Mitchell in Northern Ireland.

And now, we see that being a peace negotiator itself will involve a high degree of trust – something that might prove hard if Abramovich and the two Ukrainian negotiators really have been poisoned.