Summary: A new study finds dopamine increases responses to stressful stimuli, not just pleasurable ones. The findings could have implications for the treatment of mental health disorders and addiction.

Pioneering research shows that dopamine levels increase in response to stressful stimuli, and not just pleasurable ones, potentially rewriting facts about the “feel-good” hormone—a critical mediator of many psychiatric diseases. This discovery is cause to rethink treatment for psychiatric disease and addiction.

This research was led by Erin Calipari, assistant professor of pharmacology, and Munir Gunes Kutlu, a postdoctoral fellow in Calipari’s laboratory.

“In the press, dopamine is often referred to as a ‘pleasure molecule’ or a ‘reward molecule,’” said Calipari, who also is a faculty member of the Vanderbilt Brain Institute and the Center for Addiction Research.

“In the scientific community, research has helped us understand that dopamine’s role in learning and memory is more complex than that, but we did not have a complete and accurate theory that could explain what dopamine actually does in the brain.”

The prevailing model, called the reward prediction error theory, is based on the idea that dopamine signals predictions about when rewards will occur. This theory suggests that dopamine is a tracker of every error we make when we try to achieve rewards. The authors show that RPE is only accurate in a subset of learning scenarios by proving that “while rewards increase dopamine, so do stressful stimuli,” Calipari said.

“We then go on to show that dopamine is not a reward molecule at all. It instead helps encode information about all types of important and relevant events and drive adaptive behavior—regardless of whether it is positive or negative.”

The researchers collaborated with Lin Tian, professor and vice chair of biochemistry and molecular medicine at UC Davis, to use cutting-edge technology to study an unprecedented diversity of neurobehavioral processes related to dopamine release.

The authors used machine learning and computational modeling to analyze the data, along with optogenetic manipulations, which use light to control activity of genetically modified neurons. 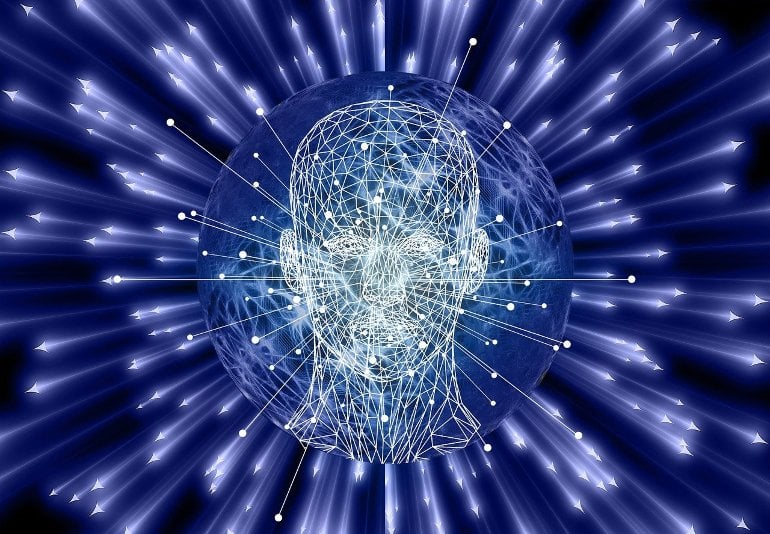 This theory suggests that dopamine is a tracker of every error we make when we try to achieve rewards. Image is in the public domain

The analysis established a novel computational model of behavior that shows “accurate prediction of the behavioral impact of optogenetic perturbations of dopamine release.” Calipari concluded that “this work replaces our current understanding with a formalized theory and calls for revision of textbook facts regarding dopamine in the central nervous system.”

“A common theme of all drugs of abuse is that they increase dopamine release in the brain, which helped feed the notion of dopamine as a reward molecule. This work clearly demonstrates a much more sophisticated role for this neurotransmitter, and it means we need to rethink models of addiction that depend on the dopamine/drug reward mentality,” said Danny Winder, director of the Vanderbilt Center for Addiction Research.

Calipari emphasizes that “these data rewrite facts about dopamine, including what it encodes within the brain and how it drives behavior.”

This is incredibly important as dopamine is dysregulated in Parkinson’s disease and in nearly every psychiatric disease: addiction, anxiety and depression, schizophrenia and others, she said. Understanding what these dopamine deficits mean will be critical in understanding patients’ symptoms and in developing better evidence-based treatments for these diseases.

“We plan to research how this framework fits into our understanding of drug addiction and how drugs alter dopamine signaling to disrupt behavior within this novel framework,” Calipari said.

“Most of our understanding of addiction neurobiology centers around dopamine and the dopaminergic network, as many therapeutic approaches that aim to treat addiction target dopamine. However, altering dopamine without having a full understanding of what dopamine actually does may lead to many unforeseen side effects, and more importantly, failed treatment strategies.

“This new knowledge about what dopamine actually does will affect many fields outside neuroscience and have a strong impact on human lives and health outcomes.”

This work was supported by National Institutes of Health grants DA048931, DA042111, KL2TR002245, GM07628 and DA045103, as well as by funds from the Vanderbilt University Medical Center Faculty Research Scholar Award, the Pfeil Foundation, the Brain and Behavior Research Foundation, the Whitehall Foundation and the Edward Mallinckrodt, Jr. Foundation.