Was anyone surprised when New Zealand’s self-made Apostle Brian Tamaki courted controversy and arrest by participating in two anti-lockdown protests in Auckland recently? Or that during one of these events he declared he would rather live in “dangerous freedom than peaceful slavery” and likened the director-general of health to Hitler?

This was, after all, the same Brian Tamaki whose Destiny Church followers wanted to reclaim Christchurch “for Jesus” in the immediate aftermath of the 2019 terrorist attacks. And who blamed the Christchurch earthquakes on “gays, sinners and murderers”.

Those familiar with the branch of modern Christianity known as Pentecostalism would not have been surprised at all. Tamaki’s Destiny Church is part of the fastest-growing religious movement in the world, with an estimated 500 million adherents.

Today the average Pentecostal is as likely to be Nigerian, Fijian, Korean or Brazilian as they are to be British, American, Australian or Kiwi.

Aotearoa New Zealand is just one of many places Pentecostalism is flourishing. As well as the more prominent churches such as Destiny, City Impact, the Assemblies of God (AOG) and Elim, a host of smaller congregations exist throughout the country.

Here and elsewhere, Pentecostals’ steadfast assertion that the raw power of the Holy Spirit will prevail over the principalities of darkness has run up against the cultural and environmental realities of the modern world. 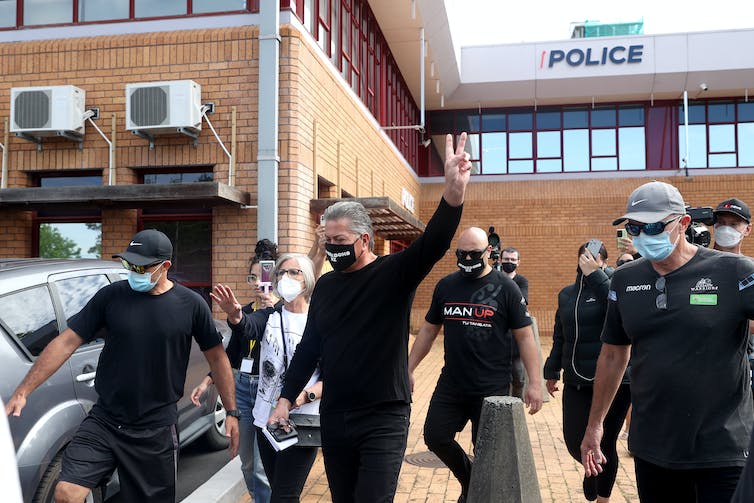 Brian Tamaki leaves the Waitakere police station on October 20 after being charged with breaching bail conditions for attending a second anti-lockdown rally. GettyImages A record of resistance

Nowhere is this more obvious than in their responses to COVID-19. As nation-states have rolled out public health measures, Pentecostals have seemed unwilling and unable to accept epidemiological explanations and strategies.

Tamaki’s actions are the tip of an iceberg of global resistance. Pentecostals have been at the forefront of legal pushbacks against gathering restrictions and insisted only the second coming of Christ would force churches to close their doors.

Read more: Explainer: what is Pentecostalism, and how might it influence Scott Morrison’s politics?

They have proclaimed COVID cannot survive in the bodies of the faithful, declared a link between the virus and 5G mobile technology, and maintained the pandemic is God’s yardstick for distinguishing his loyal servants from pretenders.

While these claims and interpretations can appear outlandish and dangerous, they are not entirely incomprehensible. Rather than view them as nonsense, it is more helpful to see them as a different kind of sense altogether. 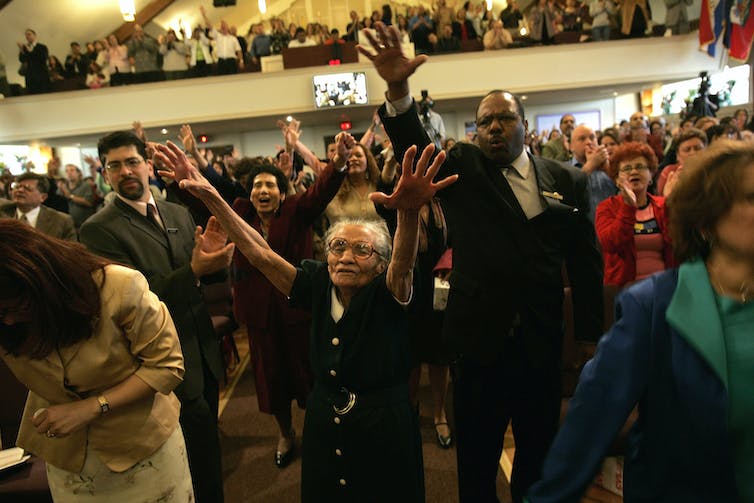 A Pentecostal congregation in New York: one of the world’s fastest-growing religious movements. GettyImages Miracles and wonder

Specifically, Pentecostal values are a religious response to the pandemic and a spiritualisation and demonisation of the virus. This goes directly to the Pentecostal obsession with the Holy Spirit.

Pentecostalism is defined, above all, by its intense experientialism. More than any other Christian variant, it is concerned with saturating human existence in otherworldly power.

Read more: Pentecostals and the spiritual war against coronavirus in Africa

The Pentecostal vocabulary is not one of ritual, liturgy or structure, but of ecstasy, surprise, miracles and wonder.

From this standpoint, any stricture, rule or earthly imposition that impedes a life in the Spirit is, by default, suspect and anathema. This sets up an overall opposition between the spiritual and the worldly that helps define the difference between good and evil or God and Satan.

For the devoted Pentecostal, everything is either one or the other, and to be on the side of the world is to collaborate with the enemy. Several features of this theology directly shape Pentecostal responses to COVID-19.

Triumphalism: Pentecostals are fearless combatants in a spiritual war against Satan. The Holy Spirit is the ultimate weapon in this charge, providing absolute confidence in a Biblically preordained victory. With its long shadow of sickness and fear, COVID-19 bears the Devil’s signature.

Framed as an active demonic force, the virus is something that should not – must not – be feared. The triumphalism determined by a total faith in the Spirit to conquer evil immediately establishes an ethos that spurns caution, regulation and withdrawal.

Deliverance and healing: The former expels demonic forces threatening well-being, while the latter cleanses a diseased body affected by those same powers. These religious tools are brought to bear against the pandemic, warding off the Satanic viral threat while healing the afflicted. Logically, vaccination becomes unnecessary, misguided and a betrayal of faith.

Read more: How religions and religious leaders can help to combat the COVID-19 pandemic: Indonesia’s experience

Tribulation: Pentecostals are deeply concerned with the end of human history as the precursor to Christ’s return and the establishment of God’s paradisical kingdom. The Tribulation is a seven-year nightmare of evil and suffering featuring the rise of a nefarious “new world order”.

Within this end times scenario, all humanity is branded with the mark of the beast, a process authorised by Satan. An apocalyptic plague and Satanic mandates for vaccination provide further prophetic justification for a pro-healing, anti-vaccination position.

The Kingdom: Pentecostals are not huge fans of worldly entities and human rules. They prefer divine authority, spiritual inspiration and Biblically sanctified morality. The Kingdom of God is juxtaposed with the debased platforms of government and capitalism (even if countless Pentecostals embrace a divinely sanctioned materialism).

Translated into the pandemic context, the continual legislative and policy directives of the government are, by virtue of their human origin, tainted with iniquity. As always, paramount trust must be placed in the Holy Spirit and the Bible.

Read more: Are you there God? Whether we pray harder or endure wrath depends on the religious doctrine of Providence

It may be tempting to see Pentecostalism as its own worst enemy by denying the science and leaving its followers vulnerable to epidemiological catastrophe.

But it is also a relatively young branch of Christianity and not necessarily uniform in its beliefs. As has been observed elsewhere, “medical science and divine healing […] have never been considered mutually exclusive by the entire movement”.

The question therefore becomes, can Pentecostalism reach a détente with the world, as mainstream Protestant, Anglican and Catholic churches have done?

It would seem the tide can be turned, even if compelled by tragedy. For example, after the death of one of its congregants, the Pentecostal church at the centre of the largest sub-cluster of Auckland’s current Delta outbreak embraced vaccination, having initially denied its validity.

This is a pattern now being repeated across many pockets of the Pentecostal world, albeit within a church still fixated on spiritual dynamism and miraculous cures. For now, however, it may take more than faith in worldly reason to persuade Brian Tamaki and his flock that vaccines and lockdowns are a blessing and not a curse. 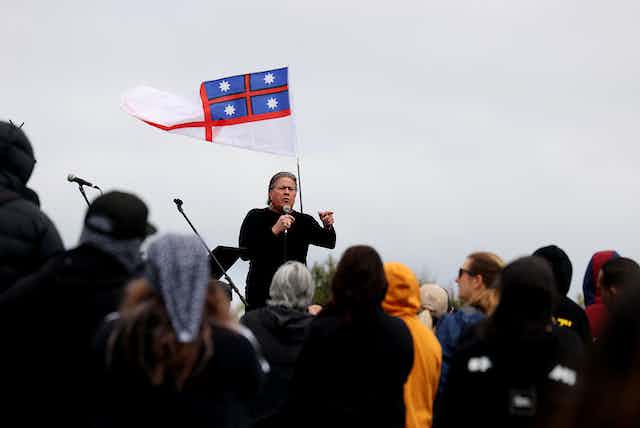