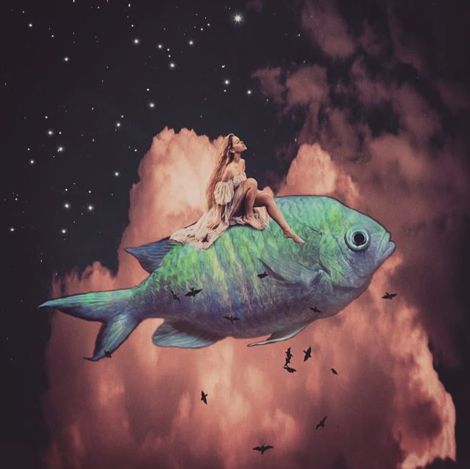 Neptune in Pisces by transit unleashes a tidal wave with the potential to disintegrate the structures that have been defining our identity. As old patterns and boundaries dissolve underneath Neptune’s waves, it can feel as if we’re opening to messages from far outside our known reality while simultaneously facing disillusionment with the way things have been. In the wake of Neptune washing away the familiar, our ability to effectively reorient can be impacted by exhaustion and confusion as well as insecurity over leaving the secure known for an unknown potential.

Neptune retrograde in Pisces will slowly creep backwards, giving us a second opportunity to experience its impact upon 21 to 18 degrees of Pisces. It can take a long time to learn how to adjust to the trance-like effect of Neptune by transit—so as it moves retrograde, we can find ways of opening to realizations found in the imaginal realm while also making sure that we can manage our daily responsibilities. Neptune retrograde can facilitate release from illusions of the past while engaging with rising inspiration that brings life to our imagination.

Neptune will station retrograde in close proximity to a harmonizing sextile aspect with Jupiter and Pluto in Capricorn, with an exact sextile forming between Neptune retrograde and Jupiter on July 27 and October 11. Thus, during Neptune retrograde, we can bridge immaterial visions with material manifestation and build structures to support and express the inspiration flooding forth from Neptune. If we’ve been dealing with difficult and disillusioning events, the aspects between Neptune retrograde with Jupiter and Pluto will support regenerating visions for new growth and restoring whatever has been damaged.

September will be an especially eventful month of Neptune retrograde, as Neptune will reach its midpoint of forming an opposition with the sun on September 11, 2020. There will also be a full moon in Pisces on September 1 that will be ten degrees away from Neptune, followed by a new moon in Virgo on September 17 that will be six degrees away from an opposition with Neptune. During September, make the time to reflect upon how well you’ve been handling Neptune’s influence. Are you actively drawing from inner inspiration in your external work and creativity, or have you been escaping reality through daydreams instead of living your own dream? 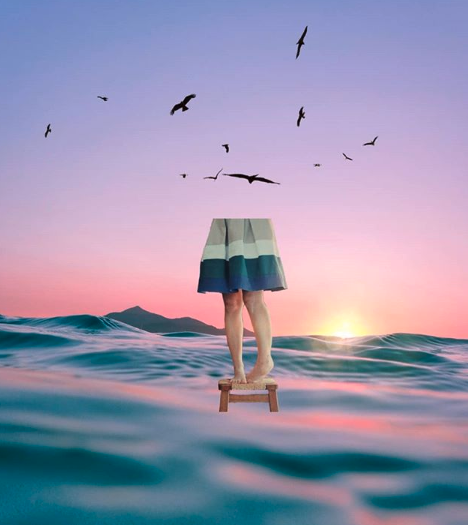 Neptune retrograde will dissolve the self-concepts you use to define how you’re seen in the world. You can help the process by keeping a dream journal or other practices that will open you to being revivified by your unconscious. Let your imagination source a new vision for you to work toward—without worrying about achievement. Once you commit to manifesting your creative inspiration, you’ll figure out how to develop the structural support to bring it fully into being.

You can use Neptune retrograde for re-dreaming your role within your community. If you’ve felt isolated from relationships with people who share your passions and dreams, reach out within your local community or through the Internet to find groups centered around your interests. If you’re inspired to pursue a new creative or spiritual practice, look for people who can guide you. If you’re already involved in community, consider becoming a more active participant in developing a collective vision.

It will be vital during Neptune retrograde to not sell yourself short or limit your vision of what you can achieve. It’s time for dreaming big and imagining what would make you happiest and most fulfilled in your career. Allow any disillusionment to reorient you toward a more authentic path rather than giving up on your dreams. Be open to receiving help from others, while also actively seeking collaborators who share your vision and can invest resources to support you.

The waves of Neptune retrograde will dissolve the boundaries you’ve constructed around the philosophy or spirituality from which you derive meaning. You may be drawn toward learning from a radically different culture or traditional lineage than you have in the past. You may also become disillusioned by a philosophical or spiritual system that was once important to you, opening you to new viewpoints through your relationships. Making time to explore your imagination can lead to significant inspiration and guidance.

Neptune retrograde will pull your awareness into dark and hidden recesses of your psyche, dissolving blocks that have been in the way of receiving insight from your unconscious. Allow the waves of Neptune retrograde to wash over old wounds, sorrow, and disillusionment, letting you begin a regenerative process that will ultimately lead you to increased vitality. This can be a powerful time to connect with therapists and healers who have practices aligned with the healing that you need.

Neptune retrograde will draw your focus into exploring your relational dynamics so that you can ultimately meet more of your intimate and emotional needs. You may need to strip away illusions and ideals that have clouded your judgment. If you experience disillusionment within relationships, work through the discomfort to reorient toward cultivating the kind of relationship you want. This can be a powerful period for getting in touch with your passions and discovering greater pleasure within your relationships.

Neptune retrograde will draw your attention toward any misalignment between your work routines and the ideals and larger goals that you hope to manifest. You may realize that, while you’ve been working hard, you haven’t been as efficient and productive as possible. Maybe you’ve been wasting time through distractions and escapist pursuits. This can be a powerful moment to build a more secure foundation from which to launch your work in the world. See how you can integrate your imagination into the daily tasks of the process.

Let your imagination run wild during Neptune retrograde, integrating as much creativity as possible while committing to fulfilling your destiny. As you discover new ways of expressing yourself and improving your ability to communicate with others, you’ll feel the dissolution of anything that has been blocking or restricting your creative instincts. This can be a powerful time for sharing your gifts within your local community or engaging more actively with your most passionate interests.

Let the waves of Neptune retrograde wash over your inner emotions, dislodging your feelings from places that have become hardened or stuck. By swimming in subconscious streams and connecting more with your emotional needs, you’ll ultimately regenerate how you express and assert yourself through your work in the world. This can also be a powerful period to uproot and heal issues with your family, although that process may include working through disillusioning experiences with family members.

Neptune retrograde can be a potent period to review how you’ve been communicating with others and to allow yourself to express yourself more imaginatively and creatively. Seek feedback from your friends and co-workers to make sure that they’re receiving the impression you intend to communicate. This can be a powerful time to change your style of personal presentation so that you’ll make a more authentic impression on others.

Do your best during Neptune retrograde to determine if you’ve been responsibly managing your finances. Neptune in transit can blur your ability to make clear financial decisions, but as long as your plans are realistic, you can effectively invest in making your dreams come true. Use your imagination to find new sources of income that draw on your creative resources. Let any limiting beliefs about money and abundance dissolve in the waves of Neptune retrograde.

As the waves of Neptune retrograde disintegrate old identity constructs, you’ll gain the opportunity to dramatically change your personal style and the way that you’ve been presenting yourself to others. While you may experience feelings of confusion and exhaustion, you’ll also have rich imaginal experiences that bring new sources of inspiration into your life. It will be helpful to have an artistic, creative, or spiritual practice through which you can transmit and express whatever revelations you have been receiving from Neptune.