Summary: Children who grew up in residential areas surrounded by green space were less likely to be diagnosed with ADHD than those who were raised in areas without access to nature.

The amount of green space surrounding children’s homes could be important for their risk of developing ADHD. This is shown by new research results from iPSYCH.

A team of researchers from Aarhus University has studied how green space around the residence affects the risk of children and adolescents being diagnosed with ADHD. And the researchers find an association.

“Our findings show that children who have been exposed to less green surroundings in their residential area in early childhood, which we define as lasting up until age five, have an increased risk of receiving an ADHD diagnosis when compared to children who have been surrounded by the highest level of green space,” says Malene Thygesen, who is one of the researchers behind the study.

ADHD is one of the most common psychiatric diagnoses among children and it affects those with the disorder in different ways. The reason why some children develop ADHD is still not fully known. ADHD may be hereditary, but other factors may also play a role. For this reason, there are strong arguments for research into the causes of children developing the diagnosis. One condition which has been of interest for research is children’s access to green space, as previous studies have found an association with children’s mental well-being and cognitive development.

A single study does not provide sufficient basis to conclude that there exists an association between access to green environments and children’s risk of developing ADHD, as this requires further studies. But the results of Malene Thygesen and the team’s research are the same as those of previous similar research projects, and the study’s research methods have taken into account many of the other factors which can also come into play in the development of ADHD. 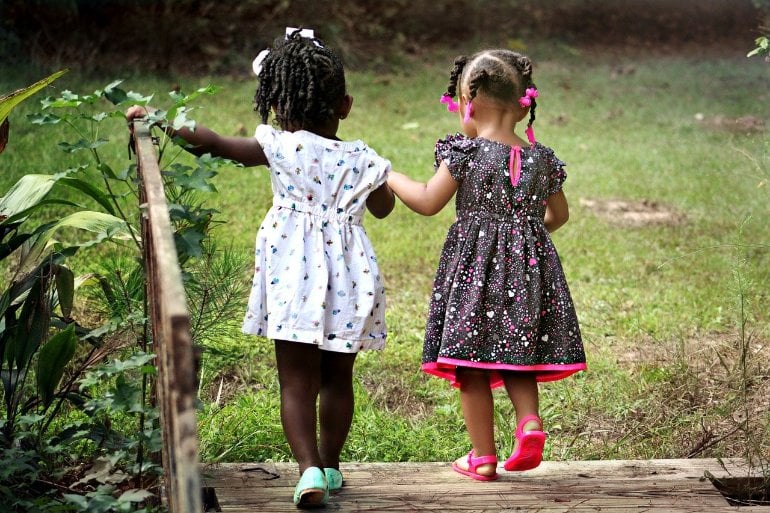 ADHD is one of the most common psychiatric diagnoses among children and it affects those with the disorder in different ways. Image is in the public domain

“In the study we adjusted for gender, age, the child’s year of birth, and the parents’ psychiatric diagnosis and socio-economic status, and neighborhood level socio-economic status. Our study is strong because it includes many individuals and because the information is very detailed. For example, we use data based on clinical diagnoses of ADHD made by specialists,” says Malene Thygesen.

The research article written on the basis of this study can be found in the journalEnvironmental Health Perspectivesand may inspire researchers to continue studying the association between access to green spaces and the risk of children being diagnosed with ADHD or other diagnoses.

“It’s interesting to think that living in green environments may be a protective factor for children in relation to the risk of developing ADHD.”Methodology

The study makes use of data on the addresses of more than 800,000 people born from 1992 and up until 2007, as well as information on clinical ADHD diagnoses from age five until 2016. In addition, the researchers use a specific measurement of how green the environment around a household is, the so-called normalized differential vegetation index. This measurement places the address in the middle of a quadratic area with 210 meters on each side, and on this basis calculates how green the surrounding area is.