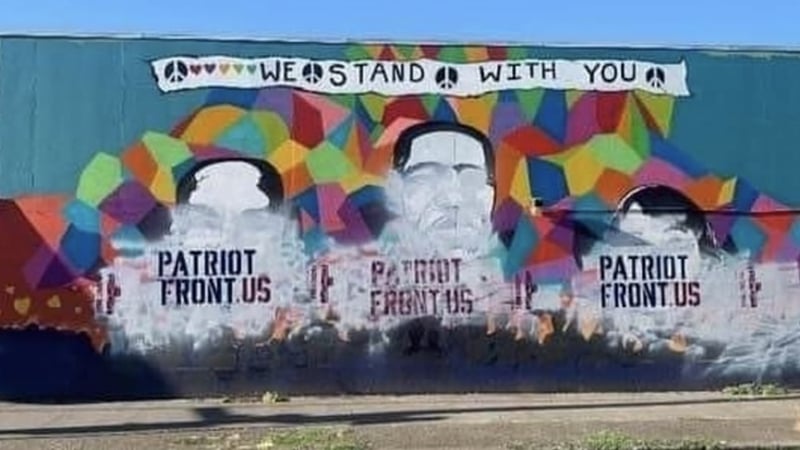 (RNS) — Dissemination of white supremacist propaganda in the United States fell by 5% in 2021, while specific antisemitic propaganda rose by 27%, a new report by the Anti-Defamation League finds.

The report — which collected instances of hate groups distributing or posting fliers, stickers, banners, pamphlets and graffiti — concluded that even as they’ve dropped overall in the past year, such campaigns remain historically high in the wake of the killing of George Floyd by a white Minneapolis police officer in 2020. There were 4,851 cases reported to the ADL in 2021, compared with 5,125 in 2020.

Hate group propaganda distribution was reported to the ADL in every state except Hawaii, with the highest levels of activity in Pennsylvania, Virginia, Texas, Massachusetts, Washington, Maryland and New York.

Among the events that triggered propaganda dissemination were the Jan. 6 insurrection at the U.S. Capitol, particularly the shooting of Ashli Babbitt, who was killed while attempting to climb through the broken window of a door leading to the Speaker’s Lobby; the November trial of Kyle Rittenhouse, the 17-year old who fatally shot two men and wounded another in the Black Lives Matter protests in Kenosha, Wisconsin, in 2020; and the November Christmas parade attack in Waukesha, Wisconsin, in which a man plowed his SUV into a crowd, leaving six dead and more than 60 injured. “White Supremacist Propaganda in the U.S.” Graphic courtesy of ADL

The report found that the Texas-based Patriot Front was responsible for 82% of all the white supremacist propaganda distributions.

“In 2021, Patriot Front demonstrated its true colors via hate-driven campaigns and activities, including the destruction of Black Lives Matter statues and murals, stealing and burning pro-diversity and pro-LGBTQ yard signs and flags and distributing propaganda at Jewish institutions,” the report said.

The use of banners dropped over highway overpasses grew by 40% in 2021. Flash demonstrations, which allow for quick photo and video ops that are then used to create online content, also became widely used.

The report found a drop in incidents of white supremacist propaganda distribution on college campuses in 2021. Those accounted for 232, the lowest number since ADL began tracking in 2017.