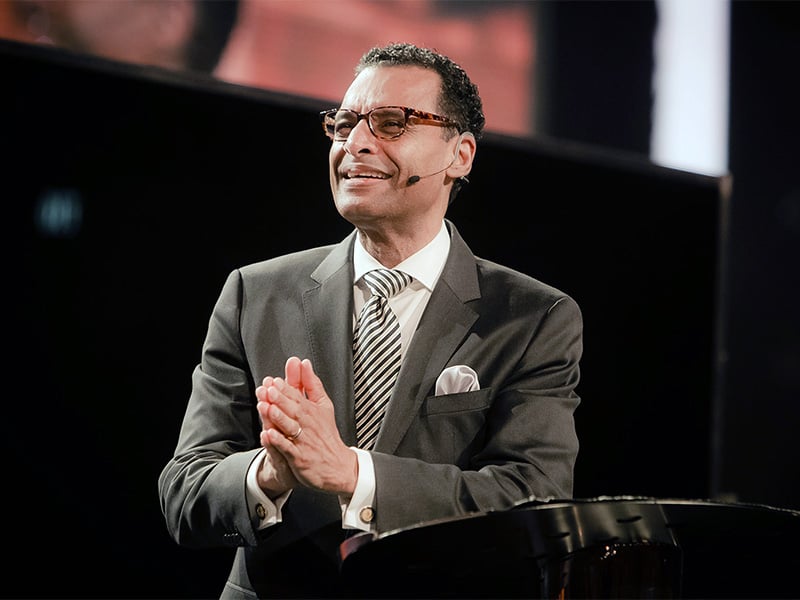 BROOKLYN, N.Y. (RNS) — Preaching days after he became the first member of the White House’s evangelical advisory board to resign after the president’s comments on Charlottesville, Va., the Rev. A.R. Bernard said he sees the controversy swirling around the board as a sign that “God is at work.”

Bernard, senior pastor of the Christian Cultural Center in Brooklyn, a predominantly African-American congregation, found himself one of few minority members on the board when Trump established it during his campaign.

He told his congregation that he took heat for joining the board, but considered it an opportunity to influence policy for the good of people in need, and to assure that minority voices would help shape the board’s counsel.

“Can we talk this truthful in church?” he asked at the noon service. “Speaking in absolute terms, I would love to be a Christian first. But America has created an environment that forces me to be first aware of the color of my skin, then, the content of my character, and my Christian conscription.”

Bernard, 64, tweeted news of his resignation from the board Friday (Aug. 18) after a week in which the president came in for intense criticism for remarks about a white supremacist march in Charlottesville the previous weekend.

To many critics Trump seemed to draw a moral equivalence between neo-Nazi marchers and a group protesting their bigotry, one of whom died when a car driven by a white supremacist plowed into her.

Delivering one of three sermons, as he usually does on Sundays, Bernard said that the president’s characterization of Charlottesville had provided some clarity before he decided to leave the advisory board.

After tweeting his resignation, Bernard appeared on Joy Reid’s show on MSNBC, and Don Lemon’s show on CNN, where he said he does not think his former colleagues on the board also need to resign, but said they should call out the president when he errs.

“I would love to see more of the evangelical leaders who are on the board make strong statements in reaction to it, and that doesn’t mean they have to abandon him,” he said. “But they should come out and say something of substance.”

Many people of faith upset at Trump’s comments rebuked members of the evangelical advisory board for failing to resign in response, and compared them unfavorably to the wave of executives on two White House business councils who publicly said they could no longer serve a president who seemed to be reluctant to call out white supremacists.

Bernard told his congregants that this spotlight on clergy in a national debate about race is a good thing, and that they can play an important role in closing racial rifts.

“I’m excited to play any part I can in the closing of the break,” he said.

And he asked his congregation to keep praying.